One of the biggest matches played at Redcar’s Green Lane until Redcar Athletic’s recent success, former Football League side Durham City came to town in the final qualifying round of the FA Amateur Cup. Redcar Albion were in good form, though, and would go on to lift the Teesside League and Challenge Cup trophies at the end of the season. They couldn’t quite overcome Northern League opposition, though, falling to a 3-2 defeat. 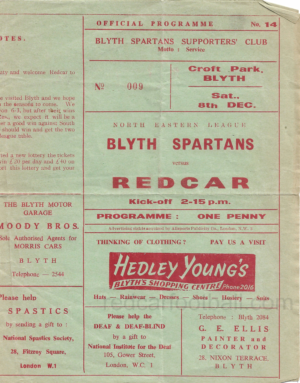 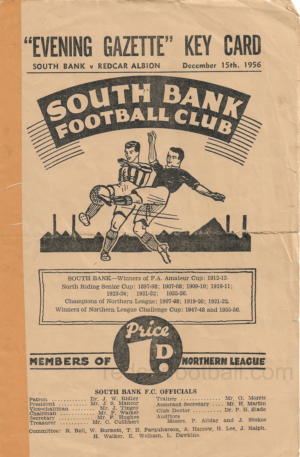